Praising and Praying During a National Crisis 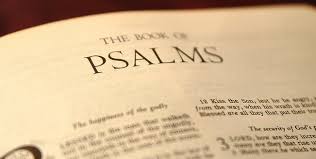 Days of crisis and emergency are not normally thought of as occasions for praise; let alone the singing of hymns. It would seem extraordinary if one penned a song of praise especially for such a dark season. A time of crisis, of fear and of sorrow, however, is generally associated with prayer among God’s People. Is it consistent, however, to pray without praise? If praying and praising are interwoven then praise must be for good times and as well as bad. We must learn to sing, therefore, in the valley as well as on the mountain top. It is apparent that this Psalm was written for a time of national emergency and as David penned and presented the words he taught the people to praise first and pray second. This song has much to teach about God’s role in the world, about the necessity of submitting ourselves to him and of anticipating the glory of Christ yet to be revealed in all its fullness in the world of men.

While David commences with a note of personal praise it is quickly apparent that his words relate to the nation as a whole. In the verses 3 – 6 he constantly makes reference to the enemy who were the heathen; the Gentile peoples, like the Philistines, who sought to crush Israel. Throughout David’S reign he was constantly under attack being forced to defend his people against incursions of these peoples. Therefore David, while writing in the first person, was addressing the nation in a time of emergency. It is evident that a crisis did in fact exist through remarks such as:

“Have mercy upon me, O Lord; consider my trouble which I suffer of them that hate me…” (v13)

“Arise, O Lord; let not man prevail: let the heathen be judged in thy sight”.

The simplicity of David’s methods are instructive to us in relation to our personal problems. Before we begin to prayer we ought to take time to praise. David did not rush through his praises in a hurry to get to the heart of his difficulties. Rather he paused to praise God with his “whole heart”. True praise therefore begins in the heart, from which it proceeds, and ends on the lips. Praise which is not derived from the heart cannot properly be called praise.

“O for a heart to praise my God,

A heart from sin set free;

A heart that always feels thy blood

So freely shed for me.”

David proceeds to multiply words to describe the nature of his thanksgiving;

“I will be glad and rejoice in thee; I will sing praise to thy name, O thou most high” (v2)

He cannot hold back neither can he praise God enough. He is so aware of the multiplicity of God’s favours and yet of his own inadequacy to show proper appreciation.

The focus of these thanksgivings are simple:

“ I will shew forth all thy marvellous works” (v1)

The actions of God toward man can only be described by the word marvellous. None other will do. On this phrase Martin Luther wrote, clearly identifying the great work of redemption.

“Thus his spirit (like John in the womb) exults and rejoices in God his Saviour, who has done great things for him, and those marvellous works that follow…Thus accomplishing such mighty things without force, without arms, without labour, by the cross and only by blood.”

These praises, on David’s part focus upon the victories that God had enabled him to accomplish in the past. He writes of the enemy turning back at the presence of God and of his right hand being maintained by Jehovah. He neither magnifies his ability nor the bravery of his troops. It is evident that all the glory is ascribed alone to the Lord.

We ought to take time to reflect upon the interventions of God in our lives with the answers to prayer that we have enjoyed. Never take praise and honour for yourself. Always acknowledge the God, without whom we have been lost and ruined long ago.

How tragic that our nation has publicly forgotten God and the blessings we have inherited are no longer acknowledged. Such an attitude bodes a terrible and fearful ill in days of future crisis which will surely blow their ill wind across the face of our people.

Having taken time for praise David turns to prayer, asking for mercy and consideration (v13) and pleading that God might arise (v19).

His motivation is most challenging (v14).

“That I may shew forth all thy praise in the gates of the daughter of Zion: I will rejoice in thy salvation”

Such a prayer is not one that conceited, vain and full of selfishness. Such a plea will be heard will the eye of the worshipper is upon the God whom he serves. David wanted God to answer prayer so that he could praise God more.

David’s behaviour was rooted in the knowledge that God was ultimately and primarily in charge of the nation. While David was King, there was a higher throne to which even he was subject:

“But the Lord shall endure forever: he hath prepared his throne for judgement” (v7)

Therefore in times of emergency he taught his people to bow their knee and surrender themselves before this throne.

The sovereignty of God is our greatest encouragement when facing trouble and disaster. Nothing is spiralling out of control. God’s rule is never in chaos. This is true of our lives personally as well as of the course of nations. Accepting that God is in control produces peace and equips us for praising and praying in uncertain and troublesome times.

David believed that the government of God was founded upon the principle of justice:

“The Lord is known by the judgment which he executeth” (16)

If earthly government is to be modelled after the heavenly then it logically follows that justice is the first and primary duty of righteous rule. A denial of justice and a with-holding of justice is a betrayal of the victim and a dereliction of duty because  governments are appointed to be a terror unto the evil doer (Romans 13:3).

When faced with injustice, however, as we will be and are, the Christian can refer all matters, both personal and national, to the judge of all the earth who always does right. Therefore David wrote his song of praise with optimism even though the days were dark and forboding:

“The LORD also will be a refuge for the oppressed, a refuge in times of trouble, And they that know thy name will put their trust in thee: for thou LORD, hast not forsaken them that seek thee.” (v9-10).

God will never fail to respond to the cry of those who are in trouble on account of injustice. He always will defend what is right. His law will never fail. The cry of the humble will not be forgotten (v12) and the criminal will fall into the pit that they have made for others (v15).

David does not not fail to appreciate the international role of God throughout all the kingdoms of the earth.

“And he shall judge the world in righteousness” (v8)

“Put them in fear, O LORD: that the nations may know themselves to be but men. Selah” (v20)

Viewing the cruelty and corruption among the nations is a sad and sorry reflection. Yet, let us be encouraged. God is on the throne. He is ruling among the peoples. His justice will prevail. His mercy will also be revealed. Our Saviour spoke of the Gospel being preached (with power) throughout the world before the end. The best days for the world of men are yet to come because God rules and reigns not to fail but to exalt his only begotten Son:

“Peoples and realms of every tongue

Dwell on His love with sweetest song;

And infant voices shall proclaim

Their early blessings on His name.

Let every creature rise and bring

Peculiar honours to our King;

And earth repeat the loud Amen.”