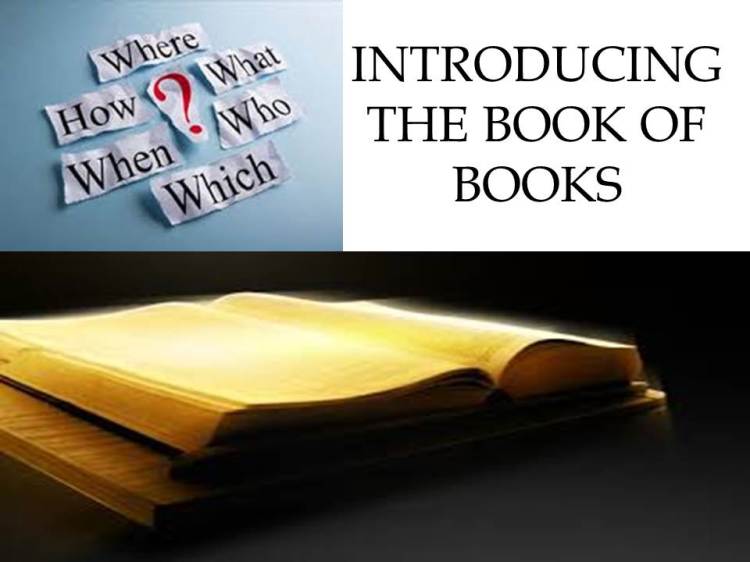 Exodus: The Book of Redemption

And ye shall take a bunch of hyssop, and dip it in the blood that is in the bason, and strike the lintel and the two side posts with the blood that is in the bason; and none of you shall go out at the door of his house until the morning.  For the LORD will pass through to smite the Egyptians; and when he seeth the blood upon the lintel, and on the two side posts, the LORD will pass over the door, and will not suffer the destroyer to come in unto your houses to smite you.

The Hebrew title of this book, “And these are the names”, is important in that it supplies the link with Genesis. From the opening lines it is clear that the same family are in view, whose history is recorded in the previous book. It is thus apparent that Genesis is the introduction to Exodus. The history in the second book of the Pentateuch can only be understood in the light of what we have already been told. What is the importance of these Hebrew people? How did they come to be in Egypt? These are key questions which only Genesis answers. These people were in a covenant relationship with Jehovah on account of the promise made to their father Abraham. In Genesis we learn several relevant facts in relation to this covenant:

a. The seed of Abraham were given a defined territory that became known as Canaan (15:18).

c. They would not return to Canaan until the fourth generation when the iniquity of the Amorites was full (15:16).

The Amorites were a nation living in Canaan who were very wicked. God would allow these sinful peoples to populate Canaan until their sin was full and they were ripe for judgement. This supplies us with a solemn insight into the character of God. He suffers long with the most wretched people and with nations generation after generation and then he intervenes in judgement. By the time Moses was born the iniquity of the Amorites was almost full and the time had come to bring the Hebrew people out of Egypt and into their promised inheritance. The story of their redemption from Egypt is one of the most thrilling historical narratives in the Scriptures. The word redemption is the optimum term. It signifies deliverance. It also sets the scene of the remainder of Old Testament history and lays a foundation for the Gospel. Redemption was accomplished on the night when the first Passover Feast was instituted. The slaying of the Lamb and pasting it’s blood on the door posts and lintels of the various homes secured deliverance from Egypt. Throughout the remainder of Jewish history the Passover has remained a pivotal feast when redemption is remembered.

Christ, however, was the ultimate Paschal Lamb introduced by John (John 1:29). He died during the Feast of the Passover, shedding his blood for the remission of our sin. He is known as “Christ our Passover” (1 Corinthians 5:7). The Communion Feast, celebrated by the Christian Church was not only instituted at the final Passover but it is the continuation of the ancient feast under the terms of the New Covenant. In many respects while Genesis is the true beginning of the universe and of God’s ancient people Exodus is the unfolding of God’s remarkable redemptive purpose. The Septuagint has given us the name Exodus which of course signifies deliverance and which parallels the concept of redemption. It is, indeed, the theme of redemption which gives us an outline of the entire book.

1: The Period before Redemption

These chapters identify why the Children of Israel needed to be redeemed. They were subject to the most miserable slavery and degradation which even involved the infanticide of their first born sons. Egypt would forever be known as “the house of bondage” (20:2).

Their suffering is a type of the bondage to which the sinner is subject.

In their suffering they prayed but little did they know but prayer would be answered in the form of a Hebrew reared as an Egyptian prince who had escaped to the land of Midian.

Moses is called and introduced to the people, as was his brother Aaron. They would recognise that here was an answer to prayer. This constitutes the first true revival in scripture as the people bowed their heads in worship. In Moses we observe Christ of whom Moses is a shadow. He too is called to be our prophet and deliverer.

The plagues are a dramatic backdrop to the one of the most intriguing contests in Scripture; Moses and his God versus Pharaoh and his magicians. This is one of the most sustained period of miracles in the word of God and we watch in horror and wonder as the greatest power on earth is humbled by the relentless bombardment from God’s artillery. God would clearly move heaven and earth in order to redeem his people.

2: The Plan In Redemption

This section brings us to the details of redemption.

Pharaoh received a final warning but he was unmoved because God had hardened his heart, giving us another solemn insight into the divine activity in the lives of the impenitent.

The details of the Passover feast are given, all of which contain Gospel truth. This section ends with the death of the first born followed by the hasty departure from Egypt.

Subsequent to their removal from Egypt God appeared as the Pillar of Cloud by day and the Pillar of Fire by night. This Theophony not only guided and protected Israel in the Wilderness but was a constant reminder and revelation of the Glory of God. When the Tabernacle was erected this cloud resided in the Holy of Holies (Numbers 9:15) and when Moses entered into the cloud to commune with God the glory of God was reflected on his face (Exodus 34:34-35).

When the Pharaoh pursued the Hebrew people to the shores of the Red Sea God performed the greatest miracle in all of Old Testament History in only parting the great ocean but destroying the Egyptians in a watery grave. Throughout history their God was identified as the one who parted the sea (Joshua 2:10, 4:23, 24:6 and Psalm 106:9.

3: The Purpose after Redemption

The remainder of Exodus is taken up with God guiding Israel through the wilderness to Sinai, the giving of the law and the pattern for the tabernacle. As with salvation in the New Testament age God had a purpose which he perfected for his redeemed people.

In addition to leading his people, Jehovah also supplied all of their bodily needs at Marah, Elim and at Rephidim where water came from the rock and where Amalek was defeated. Central to this section is the provision of Manna, the small white heavenly loaf which is such a perfect picture of Christ. This section contains two of the Lord’s Jehovah titles; “I am the Lord that healeth thee” (15:26) and “Jehovah Nissi “or the Lord is my Banner (17:15).

The nation encamped at Mount Sinai and there God revealed his purpose for his redeemed people. He gave the law in its three fold division; moral, civil and ceremonial.

The Ceremonial Law – Chapters 24-31; The tabernacle and priesthood.

The Forsaken Law – Chapters 32-33; Moses returns from the mount to discover the people worshipping the golden calves. One of the themes of the wilderness wanderings is rebellion, most evident in this place. Moses intercedes for his people and Jehovah visits Moses with one of the Old Testament declarations of mercy and grace (33:19).

The Obeyed Law – Chapters 35-40; Yielding to the will of God, Israel bring their offerings out of which the tabernacle would be constructed. This tent of witness would be the place of worship for Israel for generations until the temple was erected under Solomon. In every respect the tabernacle presents Christ from the door, to the brazen altar, to the laver, to the tent right into the innermost sanctuary where the Ark of the Covenant and the Mercy Seat resided.