Was the Protestant Reformation responsible for rupturing the Church with schism, leaving a legacy of bitterness and division?

This is the charge that Roman Catholicism levels at Martin Luther and the movement that he was so instrumental in germinating. It is a serious charge and one that must be answered. If the Reformation was schism, then it was a sinful movement, and every Protestant ought therefore to return to the Papal fold. But if the Reformation was a revival of genuine orthodox Christianity, then it was a movement sent by God to rescue the Church. Schism or Revival; of God or of the Devil? These are the questions Protestants must face in this 500th Anniversary Year of Luther’s great declaration.

Where is the Catholic Church today? We must appreciate the meaning of the term Catholic. The oldest Christian Creed, The Apostles’ Creed, which owes its origins to the need of the early church for a public confession of faith, closes with the words:

“I believe in the Holy Ghost, the Holy Catholic Church, the communion of saints, the forgiveness of sins, the resurrection of the body and the life everlasting.”

The word Catholic refers to the universal church, the Body of Christ, which extends beyond all denominational, national, cultural, ethnic and linguistic boundaries. The Catholic Church is Christ’s true kingdom on earth. The true Catholic Church is centred upon Christ as the Prophet, Priest and King.

The Roman Catholic Church, however, conceives that Christendom must have a Roman heart. The Pope therefore, as the self-appointed Vicar of Christ, claims jurisdiction over the entire body. In the 1,000 years of history that pre-dates the Reformation, the Church had become the Papal Roman Body. The doctrines of Christ and the Apostles, as revealed in the Scriptures, were obscured and at times superseded by the teaching of men. Man, instead of Christ, became the Lord of the dominion which ought to have been Christ’s. Therefore, Christendom had become Apostate. The Church had fallen away from the faith once delivered unto the saints.

Into this body came a man by the name of Martin Luther. As the Holy Spirit opened his eyes, Luther saw the true character of the Church. He saw the Church presided over by Christ, without a Pope and his entourage of Priests. He saw a Church emancipated by the power of the resurrected Christ, living in the assurance of peace with God. Therefore historic Catholicism’s primary and biblical view of the Church was revived as Papal power was rejected.

We need to be reminded that the Papacy still claims jurisdiction over all Christians, insisting that the Catholic Church must have a Roman Centre. We beg to differ. Our standard is the Bible. Our only King and Head is Christ. We preach Christ, we exalt Christ. Let us not be entangled again with the yoke of bondage. Let us stand fast in the faith of our fathers. 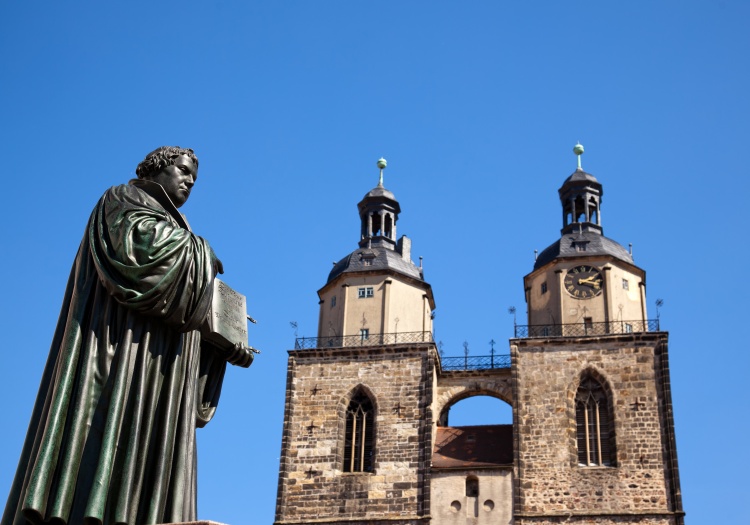