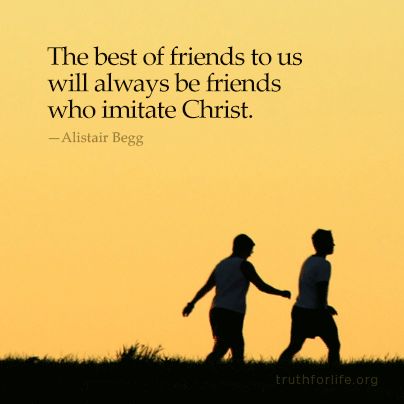 Paul was a missionary, church planter, evangelist, pastor and theologian. He was the most complete Christian worker of the New Testament Church. In this passage we discover that Paul the Apostle was no recluse who lived in a social and spiritual island surrounded by his books, his ideas and his pen. This was an individual who surrounded himself with people. He was a man with many friends who readily admitted their value to his own life.

Phebe – She was almost certainly the letter carrier (the spiritual post-woman) because Paul asked the Romans to receive her. She was a servant of the Church at Cenchrea (or Corinth). The strong commendation she received, v2, would indicate that she was a woman who was a help to many, including Paul himself. The role of women in the Church has always been valued, even though the Scripture does not admit them to the governance of the Church.

Priscilla and Aquila – They were the most famous Christian husband / wife team in the early church. They were expelled from Rome as Jews, they met up with Paul in Corinth where they worked with him in tent-making (Acts 18:1-3), they travelled with Paul to Ephesus where they remained, they were a great help to the inexperienced Apollos (Acts 18:18-28), but now it seems that they have returned to Rome. It appears from this that risked their lives for Paul and their faith was well known throughout the churches.

Epaenetus – He was Paul’s first convert in Corinth, a man the apostle was not likely to forget.

Mary – This woman was a hard worker, meaning that her commitment had been a blessing to the Roman Church.

Andronicus and Junia – Many believe that Junia is feminine which would mean that here we have another married couple. There are four key facts about this couple; they were related to Paul, had been in prison with Paul, they were well regarded by the apostles and they were converted before Paul. Therefore among the Romans were some very mature Christians who had been involved in the Church from the early beginnings in Jerusalem.

Urbane – One who was a helper in the Gospel.

Stachys – As with Amplias, “beloved”.

Apelles – He was “approved” which also means tested or tried. He was approved because of the manner he endured his tests.

Aristobulus – His household was commended; this would have included both family and servants, His faith had an effect upon all who knew him personally.

Narcisus – Another man with a household which was in Christ.

Tryphena and Tryphosa – These were two women whose names mean to be delicate or dainty. When it came to Christian they were nothing of the sort, because they worked hard. The verb is present as they were labouring as Paul was writing.

Persis – Persis on the other hand has worked hard, meaning that he is probably old but his past labours should be remembered.

Rufus – This was probably the son of Joseph of Arimathea because Mark wrote his Gospel principally to the Romans (Mark 15:21) His mother is seen by Paul as his own mother indicating a close bond.

The Brethren and the Saints – This collection of people, male and female, are known by this joint title. This aptly sums up our identity within the Church. We are both brethren, sisters and saints of the Lord. All individuals are important and all have a work to do for the good of the fellowship.

The Holy Kiss – Was the cultural means of greeting. This was the equivalent of the handshake; there needs to be outward tokens of our unity in Christ.

The Salute – Paul concludes this section by bringing greetings from all “the churches”.  This would certainly indicate that as individuals require communion with other believers, so it is necessary for local churches to find structures which reflect their oneness in Christ.  This lends towards the belief that no local congregation should be independent, but ought to be joined to other assemblies.

In conclusion it is impossible to escape the importance of Christian engagement on a person and a congregational level, having the examined the space that Paul gives to his Roman Friends.